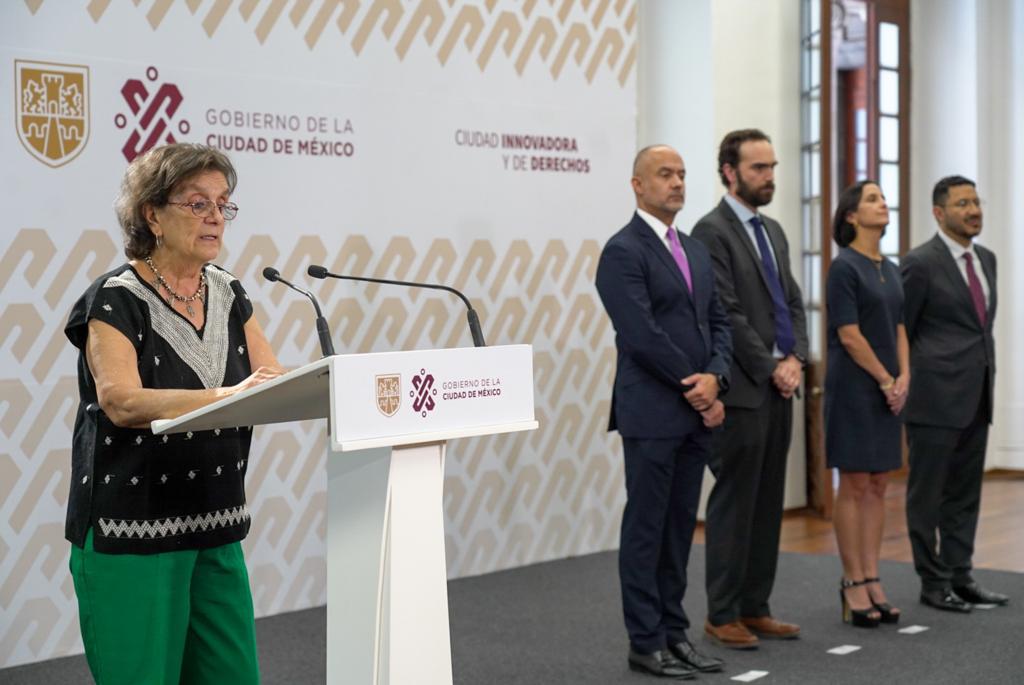 ● The latest report states that the bolts used in the collapsed section of Metro Line 12 were so poorly designed and made that they would only have had a 14-year life span.

● The Government makes available to the public the DNV Report III as well as the Report on the technical and scientific inconsistencies and contradictions of the report prepared by DNV that was not accepted by SGIRPC, which can be consulted at the following link: https://transparencialinea12.cdmx.gob.mx/observaciones-de-la-sgirpc-presentadas-dnv

The Mexico City Government, through the City Department of Comprehensive Risk Management and Civil Protection (SGIRPC) and the City Department of Works and Services (SOBSE), informs about the contradictions and serious technical and scientific inconsistencies found between the DNV Phase III Root Cause Analysis Results Report and the two previous reports, which resulted in the rejection of the last report submitted. In a message to the media, Mexico City's Secretary of Works and Services, Jesús Esteva Medina, summarized DNV's inconsistencies and contradictions.

Subsequently, in letters dated March 10, 2022, March 29, 2022 and April 20, 2022, the deficiencies found in the Phase III Report were pointed out, such as that they did not consider information on the so-called mirror or twin section, a section of Metro Line 12 that has a structural configuration identical to the collapsed section; that they did not present alternative hypotheses to be investigated and their corresponding evaluation nor the reasons for discarding such hypotheses. In addition, DNV was particularly requested to delve into the consequences of the design error indicated in both the Phase II Report and the Phase III document.

Furthermore, although the company was requested to adhere to the methodology originally presented by DNV, called "Barrier-based Systematic Cause Analysis Technique, BSCAT", which is a registered trademark and aims to identify preventive barriers that, had they worked, the collapse might not have occurred, it is not present in the document.

"In addition to the above, the document confuses the direct causes of the collapse, construction and design problems -already established by the company in the Final Phase II Report- with the preventive barriers that, according to its own definition, are controls, systems, practices and procedures that could have contributed to prevent the collapse. It is for these reasons that the company's document, so far, has not been considered as formally accepted by the City Department of Comprehensive Risk Management and Civil Protection, because despite responding to some of the observations we made, these are still considered deficient and insufficient", he added.

The Government makes available to the public the DNV Phase III Report as well as the Report on the technical and scientific inconsistencies and contradictions of the report prepared by DNV that was not accepted by SGIRPC, which can be consulted at the following link: https://transparencialinea12.cdmx.gob.mx/observaciones-de-la-sgirpc-presentadas-dnv.